Twitter Is Building A Subscription Platform So Creators Can Get Paid

In case you missed it (as I did), in February Twitter announced a new upcoming feature called Super Follow. This new feature will give users the ability to charge followers for access to extra content, and the ability to create and join groups based on specific interests.

This additional content can be anything from bonus tweets, subscriptions to news releases, access to community groups, or a badge indicating a follower’s support of the user or their content. 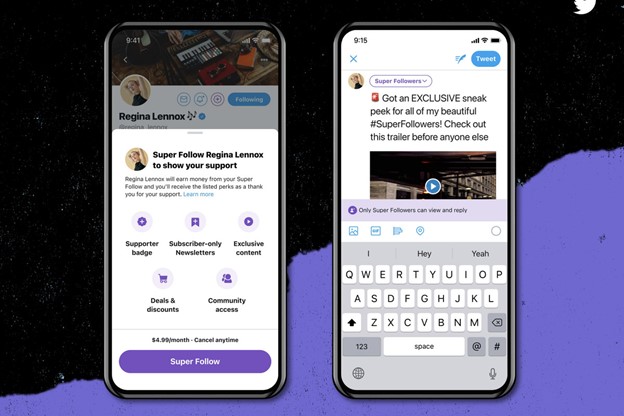 It also appears this new feature would incorporate an audience segmentation tool into its various functions, as you can see in the screenshots released by Twitter below. 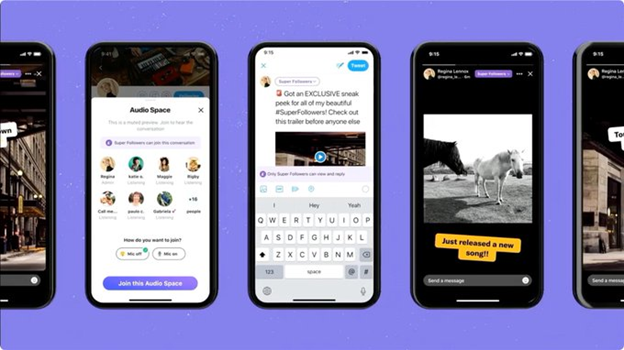 As of now, it’s rumoured Twitter is working on a tiered subscription model, charging somewhere from $2.99 to $4.99 per month.

There’s no word yet on when this premium paid version of Twitter will launch, but new details were just released on June 7th by tech blogger Jane Manchum Wong about who would be eligible to make some cash off of their tweets. This includes a specific set of criteria – users must need have at least 10,000 followers, post at least 25 tweets in the past 30 days, and must be 18 years old or older.

Its no surprise that Twitter would want in on this action. After being touted as a free social media site since its launch 2006, its understandable that the company is looking to capitalize on consumerism and influencer culture as so many other social media apps have done.

What does this mean for businesses? We can certainly expect a future where celebrities and influencers will charge for exclusive access to their tweets. I’d wager news outlets or blog sites would share breaking stories or exposés with their Twitter subscribers ahead of their non-paying followers. This could be the same for companies. New product launches or press releases for subscriber content could be a strong model, particularly for B2C companies.

Would people pay to read your tweets? It’s not easy being engaging and creating worthwhile content, let alone content that people will come back for and actually pay to see. I’m interested to see how Super Follows will unfold over the next year and its impact on companies, not just social media celebrities.

Let us know what you think in the comments!